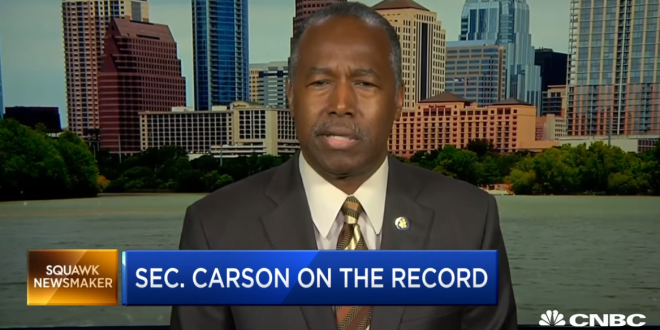 A leading secular legal group says the Department of Housing and Urban Development has agreed to pay $17,800 after settling a lawsuit related to Secretary Dr. Ben Carson’s participation in a Bible study and his daily schedule that might include a Bible study. The Wisconsin-based Freedom From Religion Foundation announced that it, along with the Citizens for Responsibility and Ethics in Washington, settled a federal lawsuit filed after the denial of a Freedom of Information Act-related request by the agency.

The organizations claim that under FOIA law, agencies should produce requested documents at “no charge” to the requester if “the disclosure of the information is in the public interest.” Both organizations requested that HUD waive fees associated with their FOIA requests but their requests were denied. According to FFRF, HUD has displayed a “pattern” of denying fee waivers on FOIA requests where disclosure of the documents is “likely to cast the agency or HUD secretary in a negative light.”