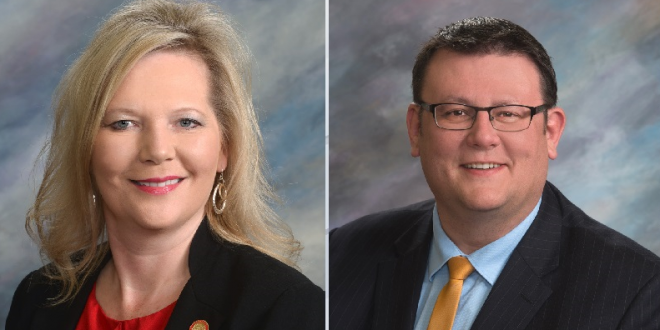 South Dakota legislators decided Thursday to investigate allegations that Senate Majority Leader Kris Langer was drunk during a meeting earlier this week that involved legislation related to the coronavirus outbreak.

Both Langer, a Dell Rapids Republican, and Senate Pro Tempore Brock Greenfield, a Clark Republican, will be under investigation for their conduct during a marathon session that stretched from Monday night into the early hours of Tuesday morning.

Langer and Greenfield oversaw the Senate proceedings from a conference room in the Capitol as lawmakers convened through teleconference to decide on a series of emergency bills for the coronavirus outbreak.

A committee will investigate allegations that two South Dakota lawmakers were drunk during a meeting at Veto Day. https://t.co/9dyK61nt3e