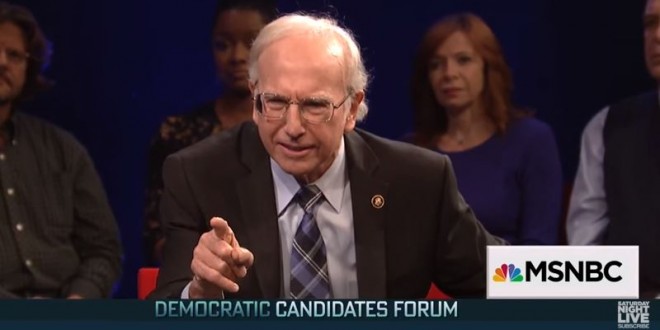 Sanders Double Larry David: “He Should Drop Out”

Larry David, the “Saturday Night Live” actor who often plays Sen. Bernie Sanders in skits, said the Vermont Independent should drop out of the presidential race and throw his support behind his opponent, former Vice President Joe Biden.

“I feel he should drop out,” David told The New York Times in an interview published Saturday. “Because he’s too far behind. He can’t get the nomination. And I think, you know, it’s no time to fool around here. Everybody’s got to support Biden.”

Sanders and David appeared on NBC’s “Today” show together in January, with the “Curb Your Enthusiasm” star at the time lamenting that he may have to play Sanders for the next four years if he won the presidential race.

The original NYT interview is here.