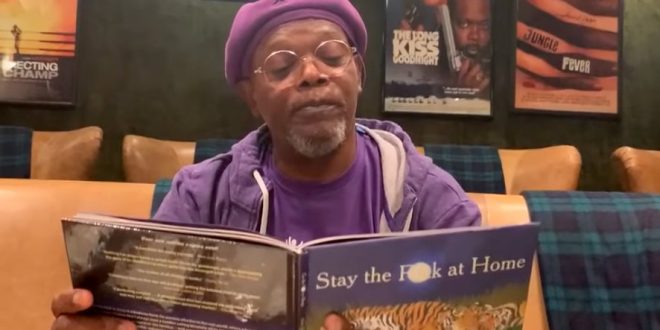 A few years ago, Adam Mansbach and Ricardo Cortés released a children’s book for adults called Go the F**k to Sleep, which was famously read on YouTube by Samuel L. Jackson. Now Jackson has appeared on Jimmy Kimmel Live to debut the book’s sequel, which encourages people to practice social distancing and stay home.

“People thought that would be the perfect time to bring that back,” Jackson told Kimmel.

“I got a call the other day from Adam Mansbach, the guy that wrote the original Go the F**k to Sleep, and we talked about what we could do remind people of social distancing and where we are in these times now. So he wrote a new poem, I read it and we want to present it to the public right now.”

Previous Trump Deploys More US Troops To Mexican Border
Next Conway Attacks Biden For Criticizing Trump Instead Of Offering Help: “Petty Critics Are So Small And Shrill”