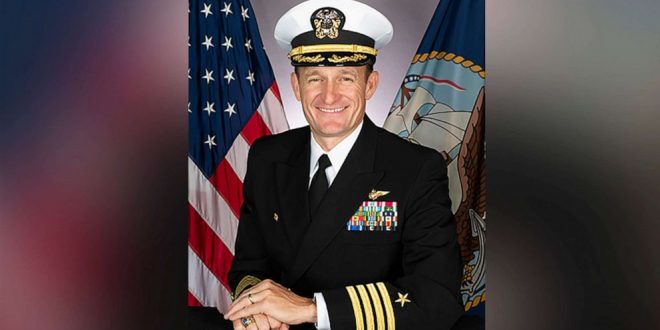 Sailors on the USS Theodore Roosevelt cheered for their departing captain Thursday night as he was removed from duty. Videos captured on social media and sites like Stars and Stripes show sailors shouting “Captain Crozier” for Capt. Brett Crozier as he left the ship.

Crozier was removed from duty after a letter he wrote pleading for help for those onboard his ship who are infected with the coronavirus leaked to the media. The Navy announced his removal on Thursday. According to Navy Secretary Thomas Modly, whether Crozier intentionally leaked the letter or not, he “did not take care” to ensure it was not leaked.

Videos show sailors sending off ousted USS Roosevelt commander with cheers: US Navy relieved the captain who sounded the alarm about a coronavirus outbreak aboard the ship – @eslavin_stripes pic.twitter.com/l2QnwtOiIa