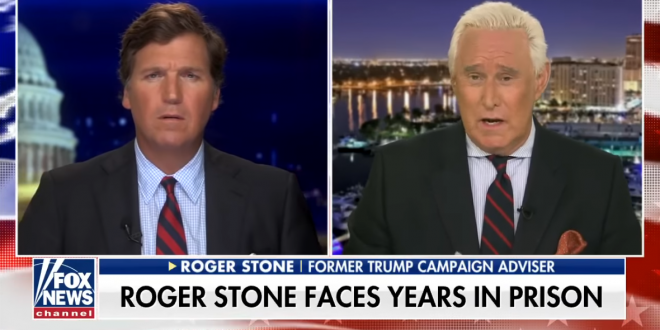 Roger Stone: Prison Will Be A Death Sentence [VIDEO]

In his first television appearance since the lifting of a 16-month-long gag order, former Trump adviser Roger Stone told Fox News host Tucker Carlson Friday that if he went to prison, it would be a “death sentence.”

Stone was convicted in 2019 for obstructing a congressional investigation into alleged Russian meddling in the 2016 election. Throughout the trial, Stone claimed to be innocent of the charges and pleaded not guilty. Although he was convicted, Stone’s legal team attempted to obtain a retrial which was denied by Judge Amy Berman Jackson on Thursday.

“So at this point,” Stone said, “the judge has ordered me to surrender in two weeks and at 67 years old with some underlying health problems, including a history of asthma, I believe with the coronavirus it is essentially a death sentence.”