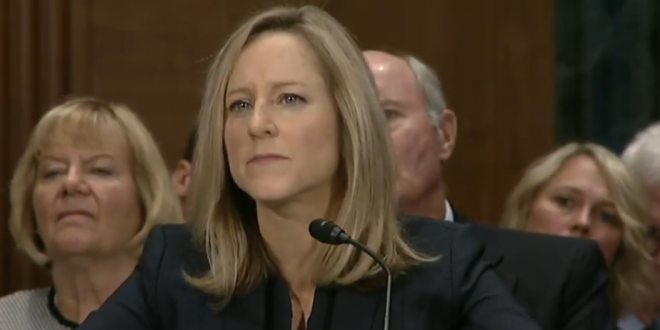 Last summer, on his final day of work at the nation’s consumer finance watchdog agency, a career economist sent colleagues a blunt memo. He claimed that President Trump’s appointees at the Consumer Financial Protection Bureau had manipulated the agency’s research process to justify altering a 2017 rule that would have sharply curtailed high-interest payday loans.

The departing staff member, Jonathan Lanning, detailed several maneuvers by his agency’s political overseers that he considered legally risky and scientifically indefensible, including pressuring staff economists to water down their findings on payday loans and use statistical gimmicks to downplay the harm consumers would suffer if the payday restrictions were repealed.

Read the full article. Trump appointee Kathleen Kraninger [photo] is expected to release new payday loan rules this week which will no longer mandate that lenders must consider whether customers can afford their fees.