Via email from Tradition, Family & Property:

HBO is releasing a reality series featuring three cross-dressing males (“drag queens”) traveling across the country to train other “drag queens” perform immoral and suggestive stage acts. The series called We’re Here, is scheduled to premiere on April 23, pushing the “drag tyranny” akin to the “Drag Queens” at schools and libraries.

According to reports: “A new reality show set to premiere on HBO next month features three drag queens who travel throughout small towns in America looking for contestants who they can train to perform in drag for a one-night show…

This move to normalize cross-dressing has appeared everywhere. It is clearly a step forward in the “transgender” revolution. It is up to us to oppose this advance of unnatural sin. Society must not swallow this affront to God’s law. Please sign our petition, urging HBO to pull the subversive We’re Here series. 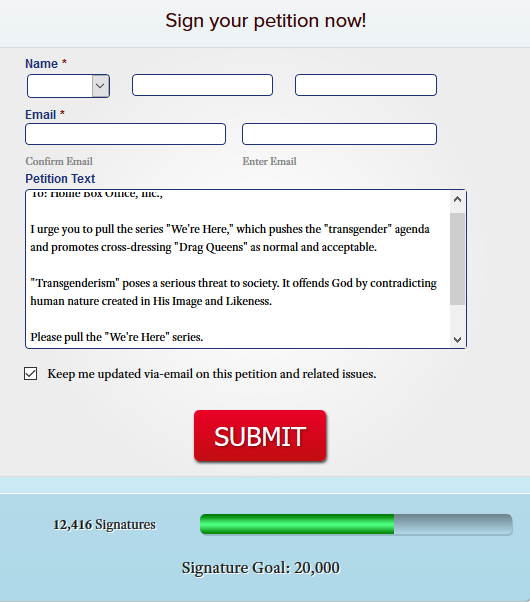