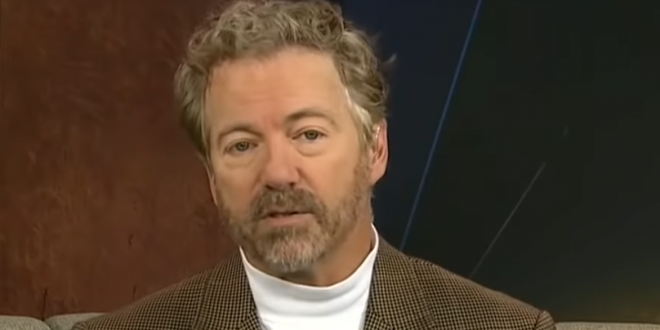 Sen. Rand Paul (R-KY) took an unsubtle shot at the president on Tuesday, pushing back on Trump’s claim of having “total” authority over states when it comes to reopening the economy post-coronavirus.

In a tweet, Paul said that the U.S. Constitution does not allow the federal government “to become the ultimate regulator of our lives because they wave a doctor’s note.”

Trump is facing backlash for asserting during a coronavirus press briefing on Monday that “when somebody is the president of the United States, the authority is total and that is the way it’s gonna be.”

The constitution doesn’t allow the federal gov’t to become the ultimate regulator of our lives because they wave a doctor’s note. Powers not delegated are RESERVED to states & the PEOPLE. If we dispense with constitutional restraints, we will have more to worry about than a virus

You & your dogshit party dispensed with constitutional restraints when you acquitted him, but thanks for the subtweet. Very brave of you.

So, why not tag in @realDonaldTrump?

LOL. A subtweet? That’s all you got? What a coward.