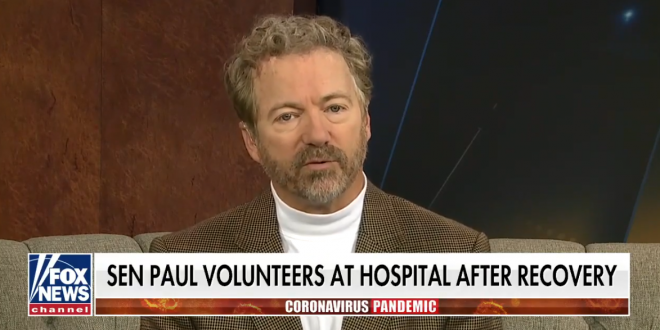 In his first interview since recovering from COVID-19, Sen. Rand Paul, R-Ky., described what it was like to contract the new coronavirus. “I had an extraordinarily mild case,” Paul, who is also a doctor, said on “Fox & Friends” on Monday. “I had no symptoms, never had a headache, never had a body ache, never had a fever, never had a cough.”

“It may be some sort of genetic thing that some people are genetically predisposed to an overwhelming immune response that ends up making the patient very sick, with their lungs filling up with fluid. And then other people like myself get virtually no symptoms.”