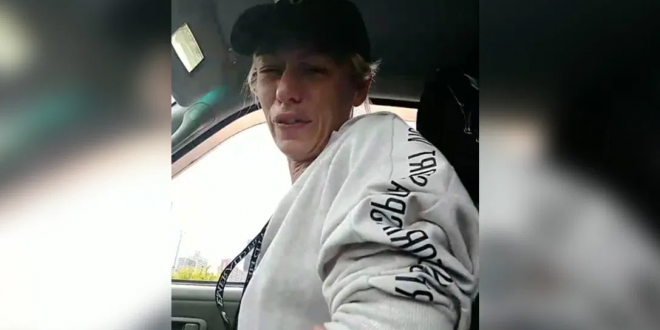 An Illinois woman inspired by pro-Trump QAnon conspiracy theory videos traveled to New York City on Wednesday with more than a dozen illegal knives and threatened to kill former Vice President Joe Biden, according to police and her own social media posts.

New York police officers arrested Jessica Prim, 37, on Wednesday after she began to act strangely on a city pier.  She ranted about saving children and claimed she had come to New York because of an internet conspiracy theory video about a “cabal” of pedophile Democrats.

Prim said she believed Donald Trump was talking to her directly during his coronavirus press conferences. Prim’s Facebook page is filled with references to QAnon, a conspiracy theory that holds that top Democrats like Biden and Clinton are cannibal-pedophiles scheming to undermine Donald Trump.

A stripper from Illinois drove to New York City in search of the USNS Comfort — but wound up getting arrested Wednesday outside the USS Intrepid for carrying 18 knives in her car, law enforcement sources said.

Jessica Prim — whose stage name is Nikita Steele — used Facebook to livestream her 1:30 p.m. arrest outside the famed carrier docked at Pier 86. In the footage, Prim can be heard telling Secret Service agents she intended to go to the USNS Comfort, which departs New York Thursday.

An Illinois woman inspired by pro-Trump QAnon conspiracy theory videos traveled to New York City with more than a dozen illegal knives and threatened to kill Joe Biden, according to police and her own social media posts https://t.co/wJAJhwFV66

Latest #MKultra victim activated by the [DS] to create a #FalseFlag.

Still trying to make the (non-violent) #Qanon movement known as #TheGreatAwakening appear as something evil?