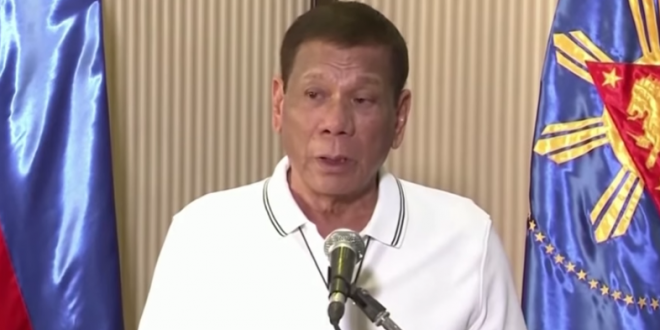 In the Philippines, the 57 million residents of the country’s main island, Luzon, are under strict lockdown orders to prevent the spread of COVID-19. Despite that, many in a Manila slum took to the streets Wednesday to protest a lack of supplies, arguing they had not received any food packs since the lockdown started two weeks ago.

The local government refutes those claims and clashed with protestors, ultimately arresting 20 people who refused to return home. Later that night, Philippine President Rodrigo Duterte took to the airwaves with a chilling warning for his citizens: Defy the lockdown orders again and the police will shoot you dead.

“I will not hesitate. My orders are to the police and military, as well as village officials, if there is any trouble, or occasions where there’s violence and your lives are in danger, shoot them dead,” he said in a mix of Filipino and English in the televised address.

In the past, Duterte has boasted that he has personally murdered suspected drug dealers.