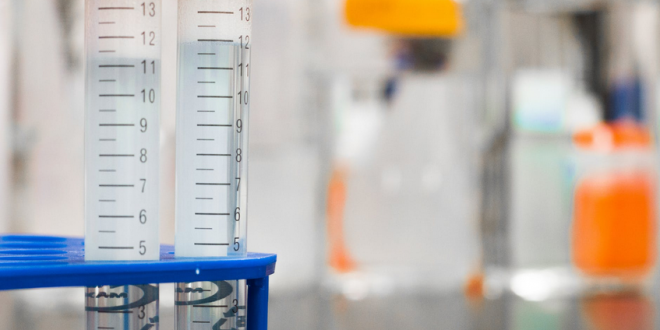 Pew: 39% Of Right Wingers Say COVID Made In Lab

While a plurality of Americans (43%) say the new coronavirus most likely came about naturally, nearly three-in-ten (29%) say it most likely was created in a lab, according to a Pew Research Center survey as part of the Center’s nearly yearlong Election News Pathways project.

Around a quarter of adults (23%) say it is most likely that the current strain of coronavirus was developed intentionally in a lab; another 6% say it was most likely made accidentally in a lab. A quarter say they aren’t sure where the virus originated.

When it comes to political affiliation and ideology, Republicans and Republican-leaning independents are more likely than Democrats and Democratic leaners to say the coronavirus was created in a lab (37% vs. 21%). About four-in-ten conservative Republicans say this (39%), the largest share of any ideological group. 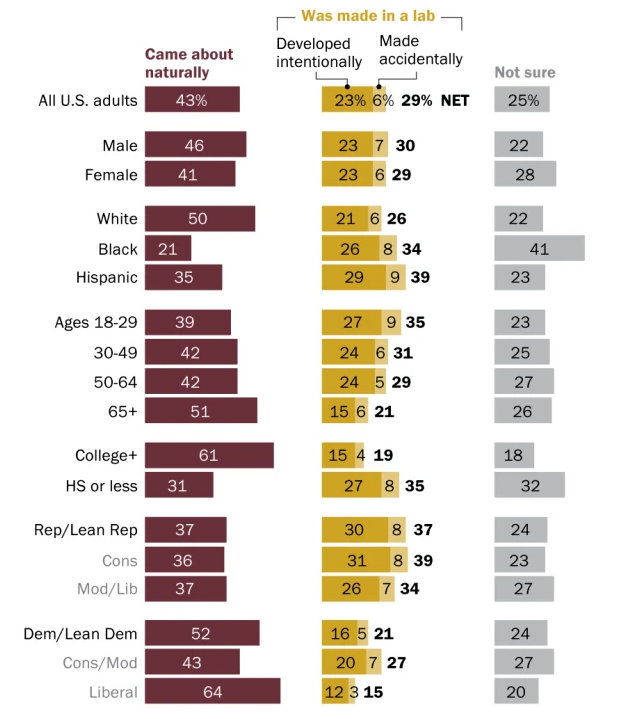