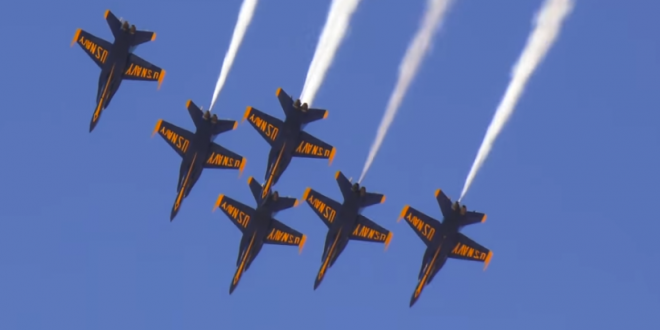 The Pentagon is planning a multicity tour of the U.S. military’s top flight demonstration teams to “champion national unity” amid the coronavirus pandemic, according to senior U.S. officials and a memo obtained by The Washington Post.

The Blue Angels and the Thunderbirds, the demonstration squadrons for the Navy and Air Force, will fly over some cities together and others separately, according to the memo. The flyovers will take place in the next several weeks “to thank first responders, essential personnel, and military service members as we collectively battle the spread of COVID-19.”

President Trump announced the mission, named Operation America Strong, after it was reported by The Post on Wednesday afternoon. He said that the mission was “the idea of our great military men and women,” and will recognize health-care workers.