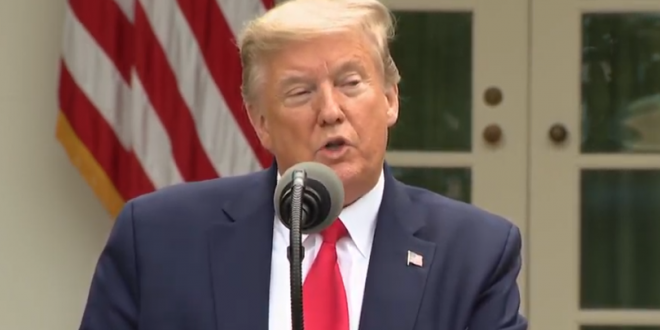 President Donald Trump, apparently responding to a Fox & Friends report, tweeted Wednesday morning that he had ordered the U.S. Navy to “destroy any and all Iranian gunboats” if they “harass” U.S. ships.

Those reports also referenced an April 15 incident in which 11 Iranian military vessels “repeatedly conducted dangerous and harassing approaches” to U.S. Navy ships in international waters in the Persian Gulf, according to a Navy press release.

I have instructed the United States Navy to shoot down and destroy any and all Iranian gunboats if they harass our ships at sea.

!! Fox correspondent seems to acknowledge that Trump’s tweet ordering the Navy to destroy Iranian gunboats that harass was a Fox live tweet, saying, “This video aired on Fox & Friends about 30 minutes before the president’s tweet.” https://t.co/lmeT0BU9eX pic.twitter.com/rtr6S4gYWw

Previous Las Vegas Mayor: Open Now And Let The Competition Destroy The Businesses That Have The Disease [VIDEO]
Next Biden To Name Advisory Panel On VP Selection: Choice Must Be “Capable Of Being The President Tomorrow”