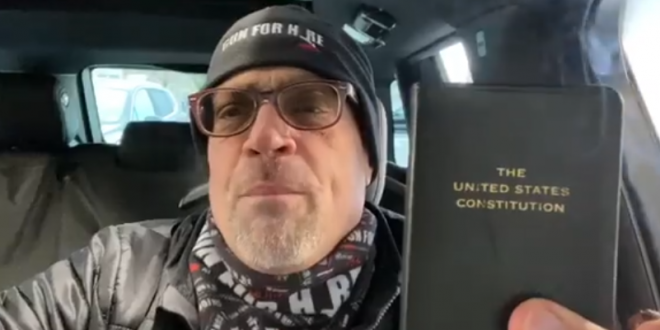 NRA Leader Eggs On Protests: They Can’t Arrest Us All

In a series of Facebook Live videos, National Rifle Association board member Anthony Colandro called the novel coronavirus pandemic “bullshit” and encouraged his followers to join him at an anti-social distancing protest in New Jersey.

In a April 27 Facebook video, Colandro announced he “may get arrested in Trenton tomorrow at the rally for our right to open New Jersey,” which he elaborated would take place the following day between noon and 3 p.m. at the Trenton War Memorial to show Gov. Phil Murphy “how upset we are.”

Colandro went on to encourage his Facebook followers to come to the protests, which he noted violate New Jersey’s stay-at-home order, and insisted the state police “can’t arrest all of us.”

Colandro owns a New Jersey gun range and hosts a “Guns For Hire” podcast that reportedly has one million weekly listeners.