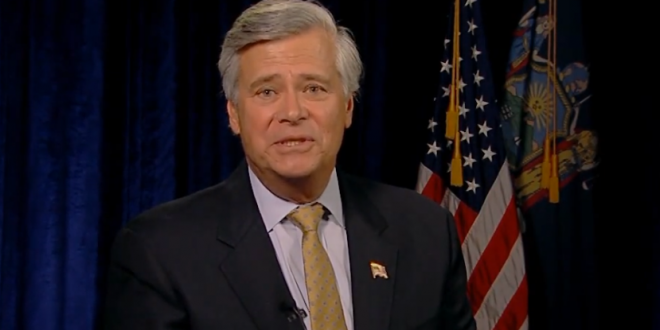 Ten staff and two inmates at the facility have tested positive for the virus, according to the Bureau of Prisons. Assistant U.S. Attorney Ted Diskant wrote that Skelos was released “on furlough,” apparently leaving open the possibility he will have to return to the prison for white collar criminals.

Skelos has more than two years remaining of his sentence of 51 months. The 72-year-old was convicted of using his office to obtain no-show jobs for his son, Adam Skelos.

Skelos, as I reported nearly daily a decade ago, was one of the primary obstacles to New York achieving marriage equality, which finally happened in 2011.

Last year he lost his retrial on his convictions for bribery and extortion. His son was imprisoned on the same crimes and is also seeking release.