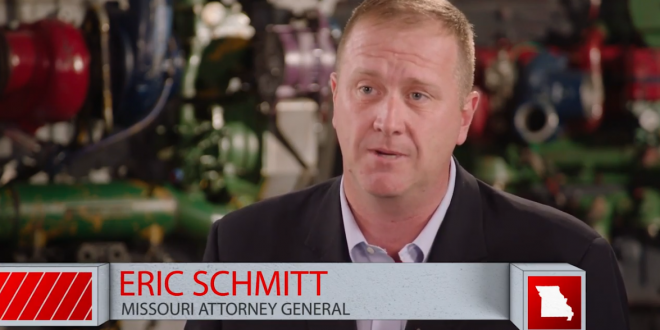 Missouri Sues China For “Suffering And Loss Of Life”

Missouri became the first state to file a lawsuit against China on Tuesday, accusing the country of being responsible for the severity of the coronavirus pandemic and seeking damages to make up for “the enormous loss of life, human suffering, and economic turmoil” resulting from the disease.

The suit in the Eastern District of Missouri follows at least seven federal class-action suits that have been filed by private groups, with one filed in Florida saying that China knew “COVID-19 was dangerous and capable of causing a pandemic, yet slowly acted, proverbially put their head in the sand, and/or covered it up in their own economic self-interest.”

It also comes on the heels of 22 Republican lawmakers on Monday requesting that the Trump administration bring a case against China to the International Court of Justice (ICIJ) for the country’s actions during the pandemic.

RELATED: Missouri Attorney General Eric Schmitt last appeared on JMG when he was one of 14 attorneys general to sign a SCOTUS brief declaring that the Civil Rights Act of 1964 provides no employment discrimination protections for LGBT citizens. He took other anti-LGBT actions while a member of the Missouri Senate.