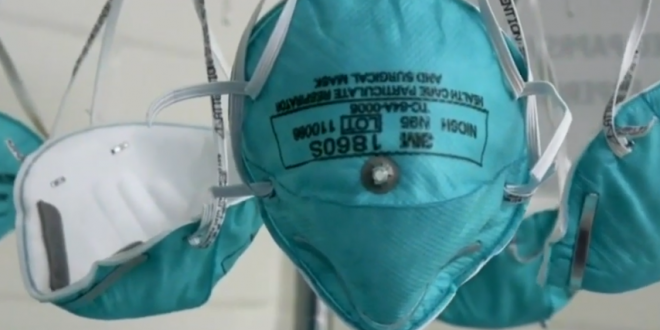 Miami-Dade’s emergency arm was close to taking possession of 1 million N95 masks last week, but the shipment was “taken” by the federal government, WLRN reported.

Frank Rollason, Miami-Dade’s director of Emergency Management, described the shipment as “hijacked” by federal authorities during a desperate dash to secure medical-grade masks needed to protect first responders and front-line workers from the spread of COVID-19.

“We were going to meet the plane and actually take them. That’s like gold, you know. But we got the word from the company that they had been taken from the federal government,” Rollason told WLRN.

Previous MD Gov On Dealing With Trump: Don’t Poke The Bear
Next British Scientist First To Get “Jab” In UK Vaccine Trial