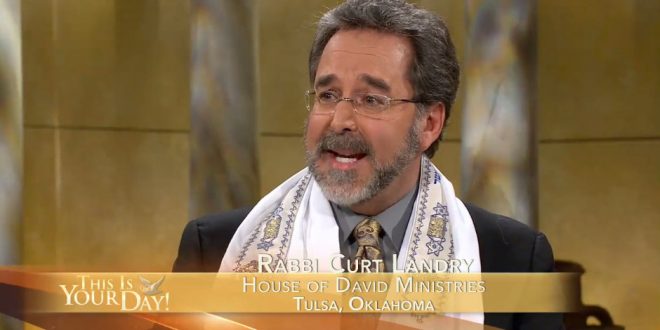 “Messianic Rabbi”: Trust Trump Because He’s Appointed By God To Be “Spiritually Above” Experts Like Dr. Fauci

“We are in a small window of time where we need to be decreeing, praying, believing, and speaking it out of our mouths – critical at this time – speaking out of our mouths and agreeing with what Donald Trump is saying and not some of his advisers.

“I’m talking to you spiritually. I am not a scientist, I am not a doctor, and I do respect [Fauci’s] knowledge, I respect where he comes from, and I respect him in his position that God has put him in.

“But in the order of spiritual alignment, Donald J. Trump is the Cyrus above him. As believers, we need to agree – I believe that God puts kings and leaders in their place, I believe God has put Donald Trump in his place as a Cyrus—and we need to agree with what he’s saying.” – Curt Landry.

Landry last appeared on JMG when he declared that any coronavirus vaccine will be from the “pits of hell” and will constitute the mark of the beast.

He also appeared on JMG in 2017 when he commanded Hurricane Irma to remain at sea.

The storm did not remain at sea and caused nearly $80 billion in damage and 92 lost lives in the US alone.