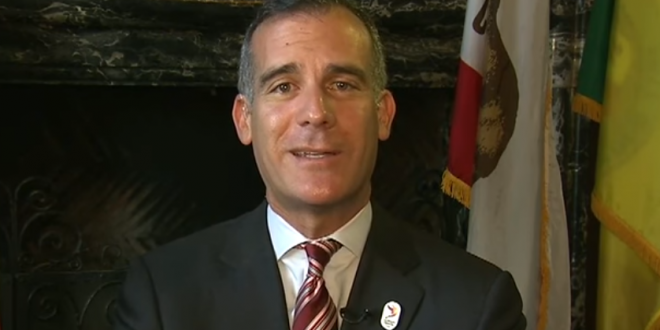 Mayor of Los Angeles Eric Garcetti said on CNN that it’s unlikely there will be any large gatherings like concerts or sporting events in the city until 2021 due to the coronavirus pandemic.

“According to to an internal email obtained by the Los Angeles Times, I’m sure you know about this, your office said this pandemic could stop large gatherings like concerts and sporting events until 2021. Is that the case, mayor?” asked CNN’s Wolf Blitzer on Wednesday.

“That is,” confirmed Garcetti. “It wasn’t a secret plan that got leaked. I was asked my opinion by some of my general managers who run our large departments. But as Mayor de Blasio said, as I think Mayor Cantrell has said in New Orleans, it’s difficult to imagine us getting together in the thousands anytime soon.”

L.A. Mayor @ericgarcetti & @NYCMayor Bill deBlasio announce that large gatherings in either city will be unlikey until 2021 due to #coronavirus: https://t.co/jaepKHtdkY

Previous Branch Covidians Sue Kentucky Over Lockdown: We Are Being Interned Like Japanese-Americans Were In WWII
Next CHATTER AWAY: Overnight Open Thread