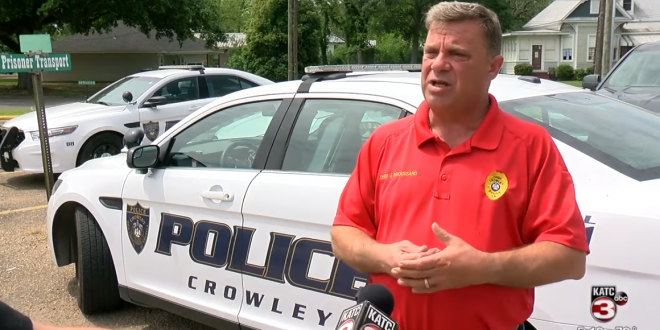 In an effort to alert residents to a parish-wide curfew in Acadia Parish, police in Crowley, Louisiana, rode around town broadcasting an alarm signal at 9:00 p.m. local time last night — but for fans of “The Purge” films, the alarm had an eerie ring to it.

“The Purge” films are set in a dystopian America, where alll crimes have been legalized for 12 hours as part of a national holiday. When the 12-hour period begins, sirens begin to blare, marking the point where all emergency services beocme unavailable.

Police officials told KATC that the siren’s origin was not made clear to them before its use on city streets, adding that they would not use a siren going forward.

“Last night a ‘Purge Siren’ was utilized by the Crowley Police Department as part of their starting curfew. We have received numerous complaints with the belief that our agency was involved in this process. We were not involved in the use of the “Purge Siren” and will not utilize any type of siren for this purpose,” said the department