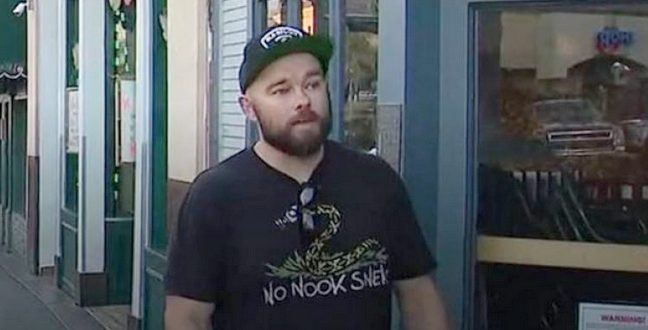 CA Lockdown Protester Charged With Kidnapping News Crew, Wanted Them To Delete Video Of Him At Protest

A 36-year-old man pulled a knife Friday on a television news team covering an anti-lockdown protest in Huntington Beach, California. Christien Francis Petersen of Costa Mesa has been jailed on suspicion of exhibiting a deadly weapon other than a firearm and kidnapping.

Petersen approached a KTTV cameraman and reporter, produced a pocket knife and forced them into a news van to delete any footage in which he may have appeared, the station reported. The journalists had been covering a Huntington Beach protest against a state shelter-in-place order issued to try to curb the spread of coronavirus.

Petersen, whose arrest form listed him as an attorney, was arrested about 7:50 p.m. He was being held on $100,000 bail. Police said Petersen, who may have been intoxicated, was upset that he had been filmed by the KTTV news team at a “Live Free or Die” really earlier Friday.