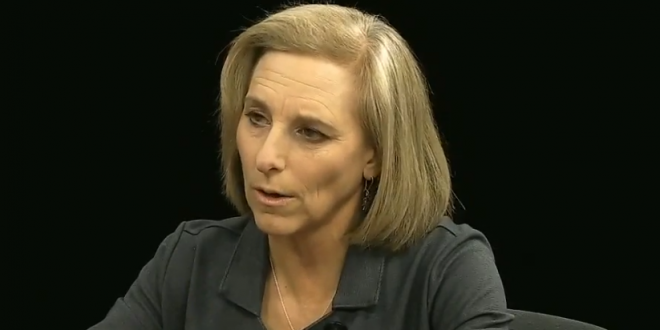 Dane County Circuit Judge Jill Karofsky won the race for Wisconsin Supreme Court, narrowing the conservative majority after a tumultuous election conducted in the midst of a global pandemic, according to unofficial results released Monday.

Karofsky’s victory marked the first time in a dozen years that a Supreme Court challenger beat an incumbent — and just the second time in more than half a century. Her win over Justice Daniel Kelly will shift conservative control of the court from 5-2 to 4-3.

Appearing by video conference from her home with her son and daughter behind her, Karofsky thanked her family and supporters and decried the decision to hold the election during the coronavirus outbreak.

BREAKING: Liberal justice Jill Karofsky has DEFEATED the conservative incumbent in Wisconsin’s Supreme Court election. The race was marred by GOP leaders forcing Milwaukee-area voters to vote in-person at only 5 polling places (instead of 180) amid a pandemic.

STATEMENT: Tonight, despite the GOP’s savage attempt to suppress votes and steal Wisconsin’s Supreme Court election, Judge Jill Karofsky prevailed. In an election that should never have taken place in person, it’s a victory for justice—and democracy. pic.twitter.com/MD0ENNJljR

Wisconsin, get out and vote NOW for Justice Daniel Kelly. Protect your 2nd Amendment!