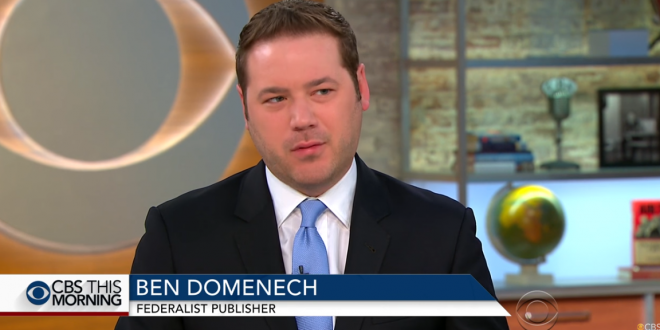 The publisher of conservative online magazine The Federalist broke federal labor laws when he tweeted last year that he’d send employees “back to the salt mine” if they tried to unionize, a National Labor Relations Board administrative judge decided. FDRLST Media chief Ben Domenech’s tweet was an “obvious threat”—not a joke or an expression of opinion shielded by the First Amendment—when viewed in light of workers’ legally protected rights, Judge Kenneth Chu said Wednesday.

The timing of the tweet, which came on the same day of a walkout by union employees at Vox Media, supported the conclusion that Domenech was sending a message to employees, the judge held. The company argued that the tweet was a sarcastic joke, pointing to affidavits from two employees. The company was represented in the case by attorneys with the New Civil Liberties Alliance, a group that defends constitutional freedoms against the “Administrative State,” according to its website.

As punishment, the company must post physical notices and email employees about their right to organize. Domenech is married to View co-host Meghan McCain. The Federalist is infamous for refusing to identify the source of their funding.

BREAKING: a tweet tweeted by The Federalist founder Ben Domenech that lots of ppl said looked illegal was illegal.