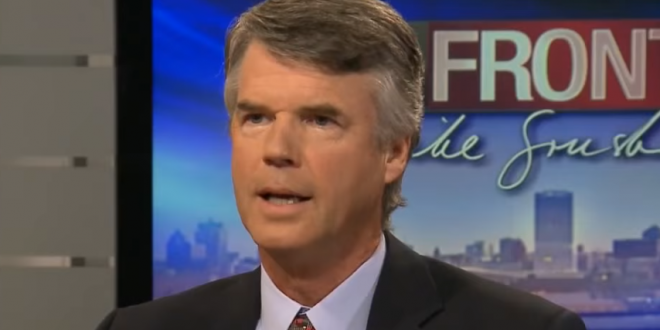 The ads on Facebook sounded populist and passionate: “The people are rising up against these insane shutdowns,” they said. “We’re fighting back to demand that our elected officials reopen America.” But the posts, funded by an initiative called “Convention of States,” were not the product of a grass-roots uprising alone.

Instead, they represented one salvo in a wide-ranging and well-financed conservative campaign to undermine restrictions that protesters call overkill and whose economic fallout could damage President Trump’s political prospects.

“We’re providing a digital platform for people to plan and communicate about what they’re doing,” said Eric O’Keefe [photo], president of Citizens for Self-Governance, the parent organization of the Convention of States project. A longtime associate of the conservative activist Koch family, O’Keefe helped manage David Koch’s 1980 bid for the White House when he served as the No. 2 on the Libertarian ticket.