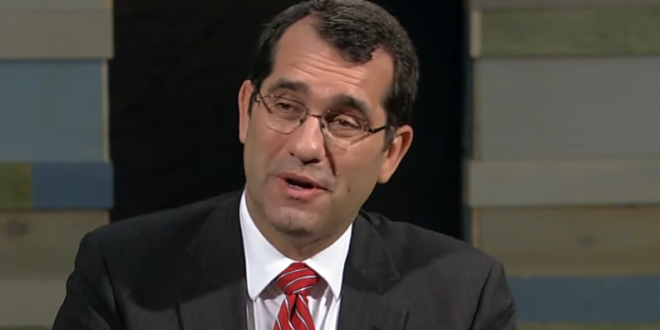 A federal court in Kansas issued a temporary restraining order Saturday against an executive order capping church gatherings at 10 people due to COVID-19, according to a local report. The move came a week after the Supreme Court of Kansas ruled in favor of Gov. Laura Kelly, a Democrat who saw her order overturned by a GOP-led panel of state lawmakers. The Alliance Defending Freedom represented two churches in the case.

Kansas Attorney General Derek Schmidt [photo] supported the court’s action. “Today’s judicial ruling is a much-needed reminder that the Constitution is not under a stay-home order and the Bill of Rights cannot be quarantined,” he said. “The Constitution protects our liberties especially during times of crisis, when history reveals governments too quick to sacrifice rights of the few to calm fears of the many.”

Schmidt regularly appeared on JMG years ago when he launched court battles against same-sex marriage.

Previous Trump “Gives Up” On Drudge Over Negative Headlines
Next Islamic High Council: Pray At Home During Ramadan