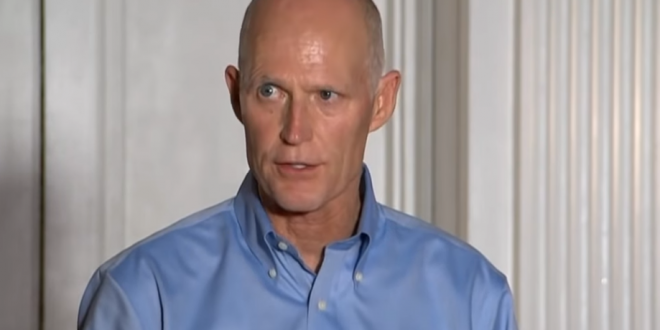 Already anxious about Trump’s chances in the nation’s biggest swing state, Republicans now are dealing with thousands of unemployed workers unable to navigate the Florida system to apply for help. And the blowback is directed straight at Trump’s top allies in the state, Gov. Ron DeSantis and Sen. Rick Scott.

Privately, Republicans admit that the $77.9 million system that is now failing Florida workers is doing exactly what Scott designed it to do — lower the state’s reported number of jobless claims after the great recession.

“It’s a sh– sandwich, and it was designed that way by Scott,” said one DeSantis advisor. “It wasn’t about saving money. It was about making it harder for people to get benefits or keep benefits so that the unemployment numbers were low to give the governor something to brag about.”

Previous New York Cases Top 100,000, 40% Of Cases Nationwide
Next Arkansas Church Vows To Hold Services This Weekend: “Jesus Died With COVID-19 So That You Don’t Have To”