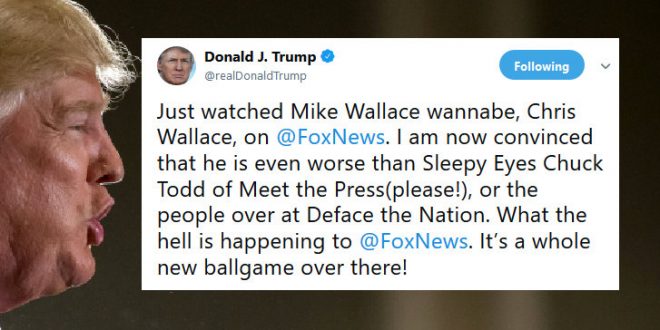 Wallace predicted that the November election would double as a referendum on President Trump’s handling of the coronavirus pandemic, saying: “If people come to the conclusion, a majority of Americans, that he has handled the health issue and the economic issue poorly, I don’t think he has any chance to win.”

Wallace also addressed whether Trump can win reelection during a coronavirus-induced recession.

Just watched Mike Wallace wannabe, Chris Wallace, on @FoxNews. I am now convinced that he is even worse than Sleepy Eyes Chuck Todd of Meet the Press(please!), or the people over at Deface the Nation. What the hell is happening to @FoxNews. It’s a whole new ballgame over there!

The 8 year old name calling. You are the smallest human being ever. pic.twitter.com/DNT5BBqSFE