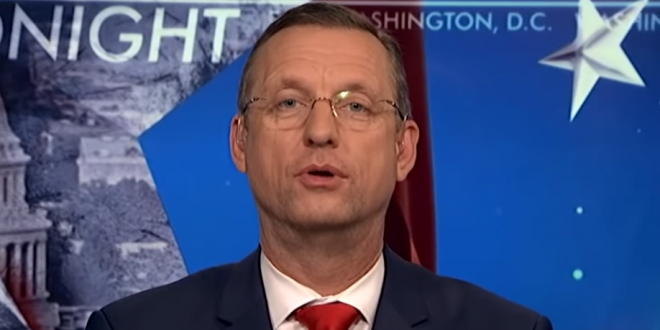 This is quite a reversal.

A Battleground Connect survey of likely voters in the upcoming special election first reported by Politico revealed that 36 percent support Collins, who has represented the 9th district in Georgia since 2013, for the Senate seat currently held by Loeffler.

Loeffler currently trails both Collins and a Democratic opponent, pastor Raphael Warnock of the Ebenezer Baptist Church, and sits at 13 percent in the poll. Warnock registered support from 16 percent of voters, indicating that Collins has a clear advantage in the race.

Previous Naval Hospital Ship To Begin Accepting COVID Patients
Next Hannity: Cuomo Did Nothing For NY, It’s All Trump