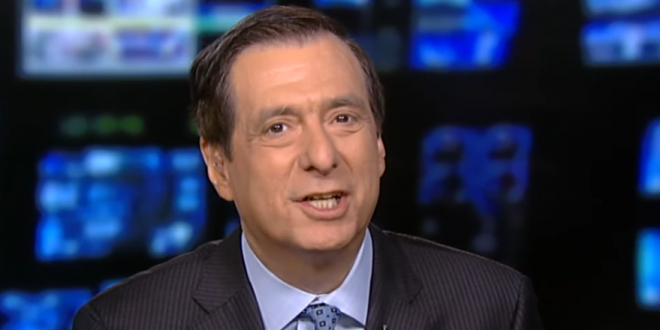 During a special MediaBuzz segment this afternoon, Howard Kurtz spoke with Gillian Turner about the recent clashes at briefings, including when Trump got testy with ABC News’ Jon Karl and Fox News’ Kristin Fisher when they pressed him on a recent report from the HHS IG office.

“Jon Karl is not a third rate reporter,” Kurtz said. “He was following up similar questions by Fox’s Kristin Fisher, whose question was labeled hard by the president, who also went after a question about ventilators from PBS’ Yamiche Alcindor as threatening.”

Previous Fauci On Trump’s Delayed Response: “It Is What It Is”
Next Glorious Leader Explodes At Fox Anchor Chris Wallace