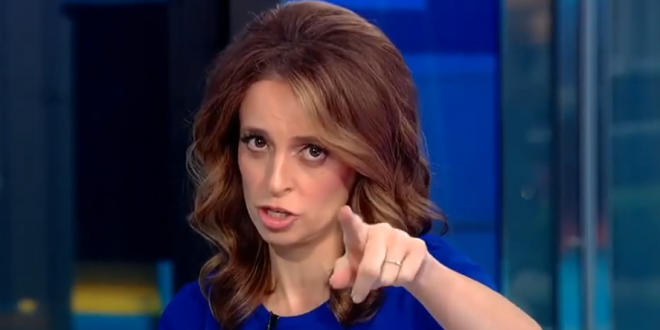 A Fox News host fired back at President Trump on Sunday after the president took aim at Chris Wallace, host of “Fox News Sunday.” Jedediah Bila, weekend co-host of “Fox & Friends,” criticized Trump for his “3rd grade name-calling,” adding that Wallace “is doing his job.”

Bila’s tweet came not long after she announced that she had been diagnosed with the coronavirus. “I know I’ve been a little MIA. I’m actually at home recovering from Covid-19,” she wrote on Instagram last week. “I’m very much on the mend, so please don’t worry.”

Just watched Mike Wallace wannabe, Chris Wallace, on @FoxNews. I am now convinced that he is even worse than Sleepy Eyes Chuck Todd of Meet the Press(please!), or the people over at Deface the Nation. What the hell is happening to @FoxNews. It’s a whole new ballgame over there!

Enough with the 3rd grade name-calling. Chris is doing his job. The news should not be any president’s friend, ally, or buddy. If it bothered you when Obama complained about Fox News, but you’re silent on this complete nonsense, then just stop. Seriously. Enough. https://t.co/uW1Dw275Or

@FoxNews is unwatchable. Has been for awhile now. @FoxBusiness was ok until @trish_regan got fired for speaking the truth. @OANN is the only actual news network anymore.