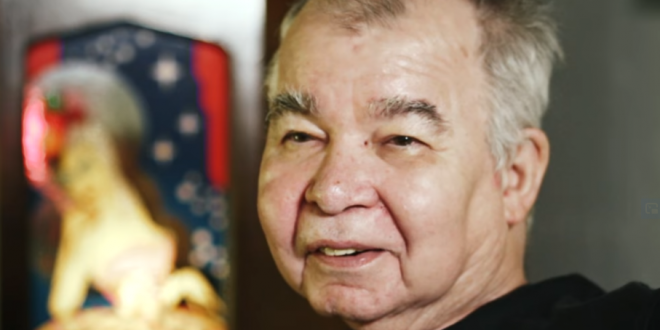 John Prine, who for five decades wrote rich, plain-spoken songs that chronicled the struggles and stories of everyday working people and changed the face of modern American roots music, died Tuesday at Nashville’s Vanderbilt University Medical Center. He was 73. The cause was complications related to COVID-19, his family confirmed to Rolling Stone.

Prine, who left behind an extraordinary body of folk-country classics, was hospitalized last month after the sudden onset of COVID-19 symptoms, and was placed in intensive care for 13 days. Prine’s wife and manager, Fiona, announced on March 17th that she had tested positive for the virus after they had returned from a European tour.

Music writers at the time were eager to crown a successor to Bob Dylan, and Mr. Prine, with his nasal, sandpapery voice and literate way with a song, came ready to order. His debut album, called simply “John Prine” and released in 1971, included songs that became his signatures. Some gained wider fame after being recorded by other artists.

They included “Sam Stone,” about a drug-addicted war veteran (with the unforgettable refrain “There’s a hole in Daddy’s arm where all the money goes”); “Hello in There,” a heart-rending evocation of old age and loneliness; and “Angel From Montgomery,” the hard-luck lament of a middle-aged woman dreaming about a better life, later made famous by Bonnie Raitt.

Previous CHATTER AWAY: Overnight Open Thread
Next NRA Lays Off Dozens Of Employees Due To Pandemic