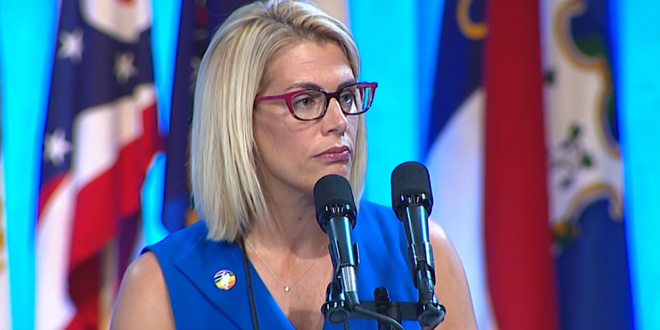 The nation’s largest flight attendants union called for a stop to all leisure travel as the death toll from the novel coronavirus pandemic rises and airlines leave workers exposed. Sara Nelson, the powerful head of the Association of Flight Attendants-CWA, said at least one flight attendant had died and more than 100 flight attendants had tested positive for the virus so far. Nearly 1,000 were self-quarantined and several more were in intensive care.

She urged the Department of Transportation and the Federal Aviation Administration to issue advisories to the public to postpone any non-necessary voyages until the spread of COVID-19, the deadly respiratory disease caused by the new virus, is under control. “We are calling for a halt to all leisure travel,” Nelson said on the call organized by the AFL-CIO, the country’s largest federation of unions.

Previous Walgreens Offers Drive-Thru 5-Minute Test In 7 States
Next British Foreign Minister Is “Deputizing” For Ailing PM, Says Johnson Is Breathing On His Own, In Good Spirits