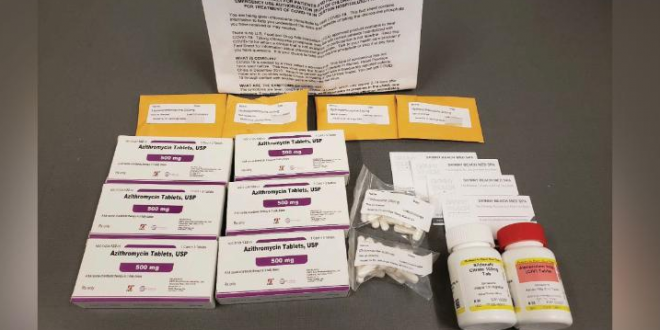 It was described as the “magic bullet” to protect against the deadly coronavirus — a “remarkable clinical phenomenon” that could cure the disease within hours. In the words of San Diego physician Jennings Staley, the drug hydroxychloroquine​, approved to treat conditions ranging from malaria to lupus, was “almost too good to be true.”

In an advertising email message reviewed by the FBI, Staley’s purported medical package included dosages of hydroxychloroquine, antibacterial drug Azithromycin, antianxiety treatments, intravenous drips, and the use of a medical hyperbaric oxygen chamber. Staley offered to sell the items as a family pack for $3,995, according to the criminal complaint.

A doctor who cited President Trump’s claims about hydroxychloroquine as part of an alleged “miracle cure” scheme has been charged by federal prosecutors with mail fraudhttps://t.co/ltSr0Ec912