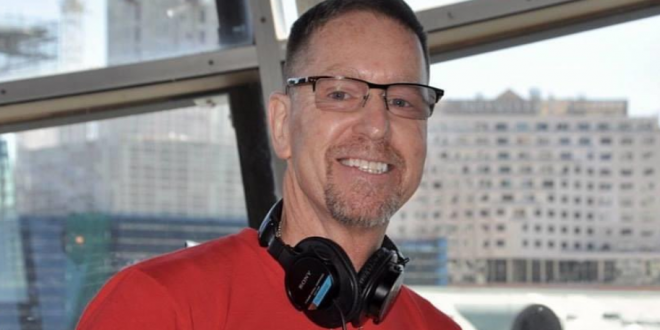 According to multiple reports on social media, longtime gay nightclub DJ Warren Gluck has died at the age of 65. No cause of death is yet known. From his bio:

Warren has played almost every major party in the U.S. from coast to coast, including the GMHC Morning Party on Fire Island, The Pines Party, The Saint-at-Large White and Black Parties in NYC, Hotlanta, Fireball in Chicago, The White Party and The Winter Party in Miami, Gay Days in Orlando, The San Diego Zoo Party, Gay Pride celebrations in NYC, San Francisco, Boston and Phoenix, Palm Springs White Party, Mardi Gras and Southern Decadence in New Orleans, and The Red Party in Columbus Ohio.

In June 2005, he headlined New York’s 8,000-person Gay Pride Pier Dance for an unprecedented 6th time to rave reviews. In addition to big event parties, he maintained his Monster residency for over 25 years, and over the years made numerous appearances at the Ice Palace, Pavilion, and the Blue Whale on Fire Island, and the Paramount in Provincetown. He has traveled extensively for club dates, and is a resident DJ on the Atlantis gay cruises.

Accolades are pouring out.

We have lost a legend, and a friend.
You made us dance; you made us love.
RIP DJ Warren Gluck, who passed away suddenly yesterday morning. 💔💔💔 pic.twitter.com/80VhgqH1vq

Previous Fed Chair: US Is Seeing Worst Economy In Its History
Next Roger Stone To Appeal Sentence, Denial Of New Trial