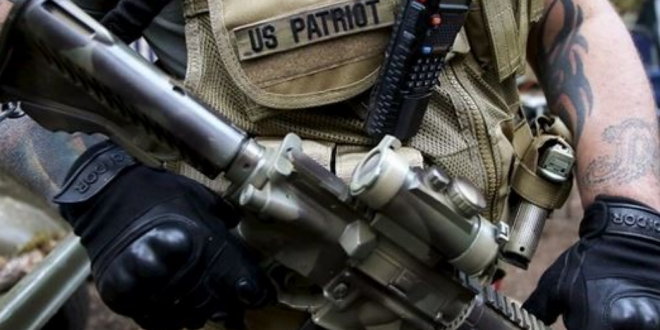 On Wednesday in Lansing, Michigan, a protest put together by two Republican-connected not-for-profits was explicitly devised to cause gridlock in the city, and for a time blocked the entrance to a local hospital. Placards identified the Michigan Proud Boys as participants in the vehicle convoy. Near the state house, local radio interviewed a man who identified himself as “Phil Odinson”.

In fact the man is Phil Robinson, the prime mover in a group called the Michigan Liberty Militia, whose Facebook page features pictures of firearms, warnings of civil war, celebrations of Norse paganism and memes ultimately sourced from white nationalist groups like Patriot Front. The pattern of rightwing not-for-profits promoting public protests while still more radical groups use lockdown resistance as a platform for extreme rightwing causes looks set to continue in events advertised in other states over coming days.