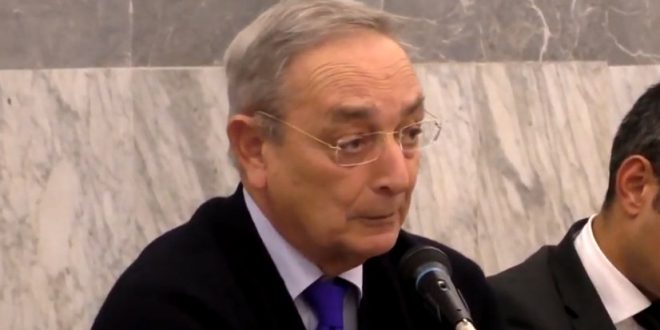 An Italian lawyer who was sued after talking on the radio about his aversion to hiring gay people failed Thursday to secure relief from the EU’s highest court. “Homosexuals are abnormal, they have physical and genetic anomalies,” lawyer Carlo Taormina had said in a 2013 broadcast of the Italian shock jock radio program “La Zanzara.”

Taormina went on to say that he would never hire a gay person, spurring a lawsuit from an Italian nonprofit, Associazione Avvocatura per i diritti LGBTI – Rete Lenford. Taormina, who at the time held a senior position at an Italian law firm, lost the court battle in 2014 and ordered to pay damages of 10,000 euros ($11,000).

“The link between those statements and the conditions for access to employment or occupation within the firm of lawyers concerned is not hypothetical,” an English translation of the seven-judge panel decision states.

Taormina was a high-ranking minister in the government of notorious former Italian PM Silvio Berlusconi and is now apparently a right wing media personality.

The EU court is closed due to the pandemic but continues to issue rulings on cases it has already heard. The case now returns to the Italian high court for sentencing.

Previous Franklin Graham: 30 People Were Killed In Tornadoes But An Unscathed Pound Cake Is Proof Of God’s Mercy
Next Cuomo: 21% Tested In NYC Have COVID Antibodies