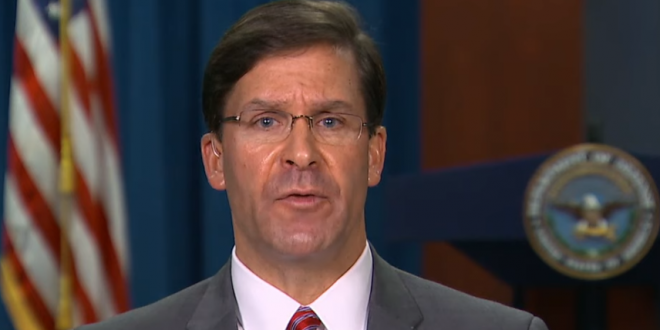 Defense Secretary Mark Esper directed Acting Navy Secretary Thomas Modly to apologize for his remarks about Capt. Brett Crozier, hours after the military official had publicly doubled down and said they were “from the heart.”

The defense secretary’s order prompted Modly’s apology about his speech to the crew of the nuclear aircraft carrier USS Theodore Roosevelt in Guam. In the speech, he called Crozier “stupid” and suggested that the crew’s former commander purposely leaked his memo outlining his concerns of a coronavirus outbreak on the ship.

At least 230 sailors on the ship have reportedly tested positive for the coronavirus, after about 70 percent of the crew were tested. About 2,000 members have been evacuated from the ship.