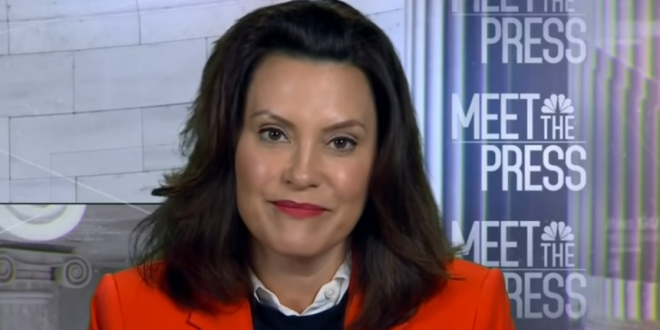 Michigan Governor Gretchen Whitmer faces at least two federal lawsuits challenging her April 9 executive order to combat the coronavirus outbreak, including requirements that residents stay at home and most businesses close. Both lawsuits say Whitmer’s order deprives residents of their constitutional right to associate with other people under the First Amendment and their right to due process.

One lawsuit says the order amounts to an unconstitutional taking, while the other says the closing of gun shops violates the  right to bear arms. The plaintiffs in Tuesday’s lawsuit filed in Detroit include four Michigan residents. One owns a landscaping business, and another said he is forbidden to see his girlfriend of 14 years because they live in different homes. Two lawyers and the owner of a different landscaping business are plaintiffs in Wednesday’s lawsuit.