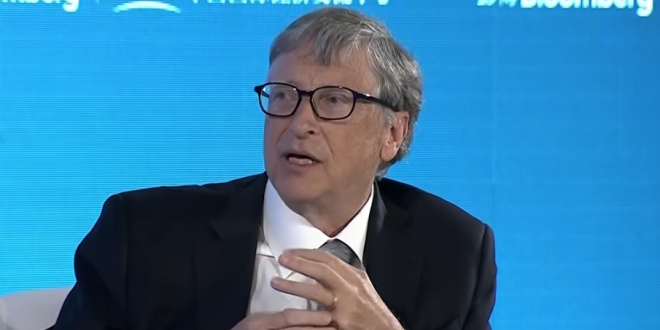 In a 2015 speech, Bill Gates warned that the greatest risk to humanity was not nuclear war but an infectious virus that could threaten the lives of millions of people. That speech has resurfaced in recent weeks with 25 million new views on YouTube — but not in the way that Mr. Gates probably intended.

Anti-vaccinators, members of the conspiracy group QAnon and right-wing pundits have instead seized on the video as evidence that one of the world’s richest men planned to use a pandemic to wrest control of the global health system.

Mr. Gates has now become the star of an explosion of conspiracy theories about the coronavirus outbreak. In posts on YouTube, Facebook and Twitter, he is being falsely portrayed as the creator of Covid-19, as a profiteer from a virus vaccine, and as part of a dastardly plot to use the illness to cull or surveil the global population.

Conspiracy theories falsely linking Gates to the coronavirus’ origins in some way or another were mentioned 1.2 million times on television or social media from February to April.

That’s roughly 33% more than the second most popular coronavirus conspiracy theory topic during that time, which linked 5G wireless technology with the viral pandemic.

On YouTube, popular videos falsely linking Gates to the spread of coronavirus have been shared millions of times, the Times notes, while Zignal Labs found that more than 16,000 Facebook posts spreading misinformation about Gates and coronavirus were liked and commented on almost 900,000 times this year.

The right-wing internet’s focus on Gates has proved to be fertile ground for internet tricksters. On April 10, for example, Microsoft released a commercial featuring its work with performance artist Marina Abramovic. Coincidentally, Abramovic is also a prominent player in the heated imaginations of Pizzagate conspiracy theorists, who believe she is somehow involved with child sacrifices at a Washington pizzeria.

An internet trickster quickly recut the ad, inserting a flashing “666” and images of Abramovic dancing in a satanic pentagram. The doctored ad circulated on Twitter as the genuine commercial, prompting people like Pizzagate conspiracy theorist Mike Cernovich to claim in a tweet that Microsoft put a “666” message in the ad.

“Oh cool Microsoft did a video where ‘666’ flashes in the screen for a split second but if you point this out you’re a conspiracy theorist,” Cernovich wrote in a tweet, which he later deleted.

Hit the first link for SO much more crazy.

ABC NEWS EXCLUSIVE: @DavidMuir interviews Bill and Melinda Gates about the global fight against coronavirus – including their $250 million pledge, the importance of testing to get the U.S. back to work and when they believe that could safely happen. https://t.co/lzUck3c8PY pic.twitter.com/aTw4GEGIiy