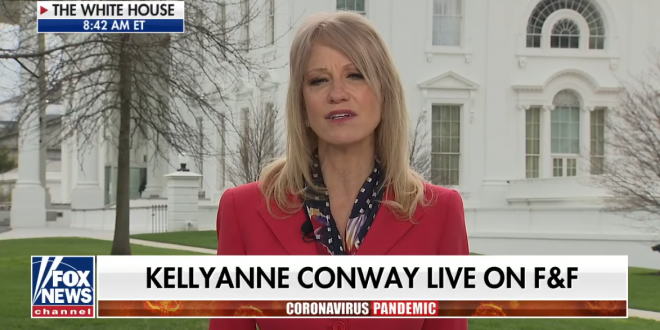 Conway Attacks Biden For Criticizing Trump Instead Of Offering Help: “Petty Critics Are So Small And Shrill”

“I think it’s really disappointing to have President Obama’s number two, who apparently doesn’t talk much to him, out there criticizing instead of saying, ‘Hey, here’s what we did that we thought was effective.’

“I think the critics and the naysayers seem so much more small and so much more shrill and unhelpful and petty than they ever have.” – Kellyanne Conway, speaking this morning on Fox & Friends.