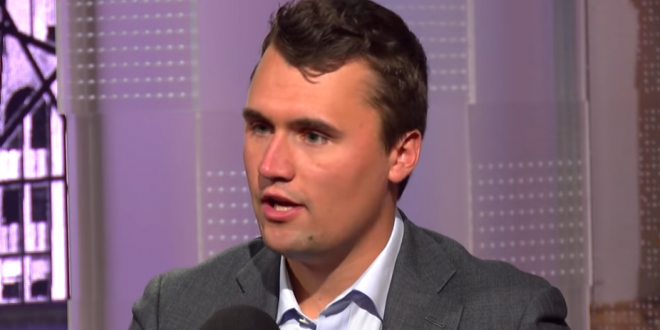 As protests against stay-at-home orders due to novel coronavirus break out around the country, Students for Trump, one of the main political groups backing President Donald Trump’s reelection, is calling on its young members to join the efforts.

During a virtual convention on Friday for Students for Trump, the college campus arm of Turning Point USA, the group’s founder Charlie Kirk urged members to launch a “peaceful rebellion against governors” in states like Michigan and Wisconsin.

Kirk is a favorite of the president and appeared at the White House for a “Generation Next Summit” in 2018. He’s also routinely retweeted by the president, and recently wrote a book titled “The MAGA Doctrine.”

Earlier this week Kirk published an op-ed declaring that all Christians should defy the “Godless” lockdown.

RELATED: In August 2019 the co-founder of Students For Trump pleaded guilty to falsely representing himself as a lawyer and conspiracy to commit wire fraud. It doesn’t appear that he’s yet been sentenced.

Previous CHATTER AWAY: Overnight Open Thread
Next Star-Studded Concert Raises $127.9 Million For WHO