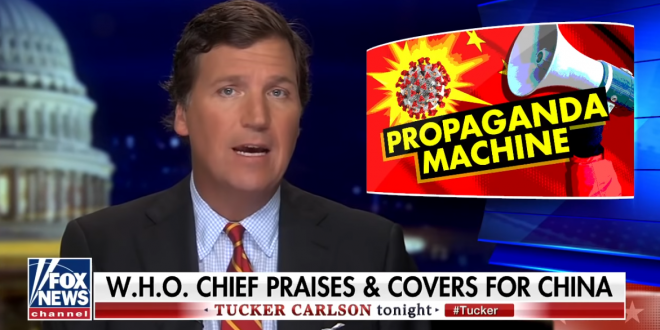 “On February 6th, scientists from the South China University of Technology uploaded a paper on the origins of coronavirus. Where did it come from? Well this offers some clue. Almost nobody in American journalism has dared to write about it. The few who have were immediately attacked as dangerous conspiracy theorists.

“Instead of assessing what seemed like the rational conclusions presented in the Chinese paper, there was a spate of American news stories and academic research designed to show that the coronavirus absolutely could not have been engineered in a Chinese lab. They sounded supremely confident of that, but do they really know it?

“And the answer is no they don’t. As a factual matter it is impossible for Western scientists to settle the question either way. So instead of doing that or admitting that, they amped up the rhetoric hoping you wouldn’t notice the difference.” – Tucker Carlson, last night.