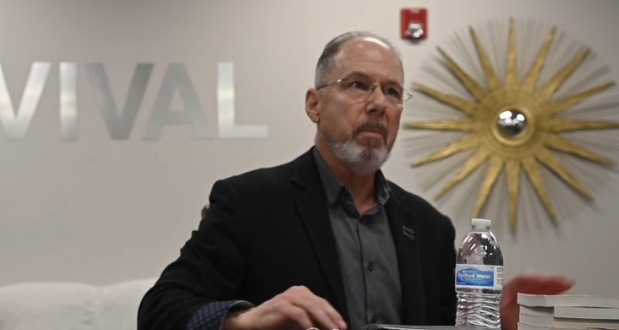 “Bomb” Sent To Church Turns Out To Be Leather Flog

Roseville police and the FBI are investigating a suspicious package that was sent to a megachurch that has continued in person services despite the statewide stay at home orders. The package, which police later determined was not an “explosive threat,” was found inside the to the Abundant Life Church on 700 block of Atlantic Street in Roseville on Tuesday, just days after the church’s most recent service.

Roseville police spokesperson Rob Baquera described the item in the box as a “whip with spikes on it, likely with a religious connotation of Easter.” According to scripture, during the Flagellation of Christ, Jesus Christ was flogged with a leather whip with nails, glass and bone embedded in the tips. When Pastor Doug Bird arrived to the church, he said he recognized the name on the package as someone he’d received threats from online.