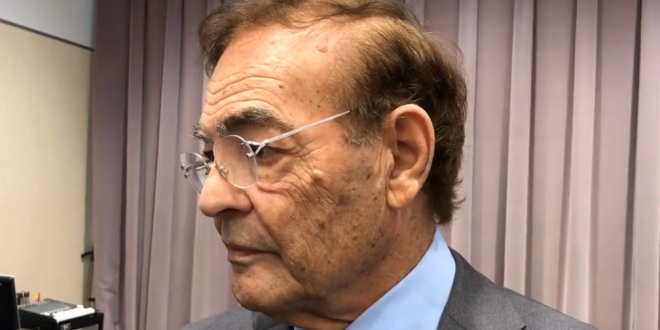 On any typical Friday before the coronavirus pandemic began, Phil Ruffin’s schedule would be packed with strategy meetings and his desk would be a pile of daily operating reports. His phone would be ringing nonstop and he’d walk the floor of his casinos. Then he would usually call Donald Trump Jr. and Eric Trump to see how business was going up the Strip at the Trump International Hotel, which he owns 50-50 with his closest friend, President Donald Trump.

Ruffin says his empire is “fine” because he can afford to burn cash longer than most competitors. “We have zero income coming in and a lot of expenses, but we don’t plan on taking any loans,” he says. When asked if he would take a Paycheck Protection Program loan through the government’s Coronavirus Aid, Relief, and Economic Security Act (CARES Act), he dismisses it outright: “That’s not just no, that’s hell no. I don’t want their money. If you don’t need the money, don’t take it. We have plenty of cash—I could go 20 years, maybe.”

“The owner of Las Vegas’ Treasure Island says he has enough cash to keep his casinos closed for 20 years.”

“When asked why he decided not to pay his employees while on furlough… Ruffin says he’s following what the Strip’s largest operators did.”

Phil Ruffin will personally loan money to any laid off employee at just 3% interest. pic.twitter.com/hWFuKFxG8C

Like President Trump, Ruffin is a real estate guy at heart—nothing gets him more excited than an empty plot of land in a good location pic.twitter.com/ZPVKR2fnJP