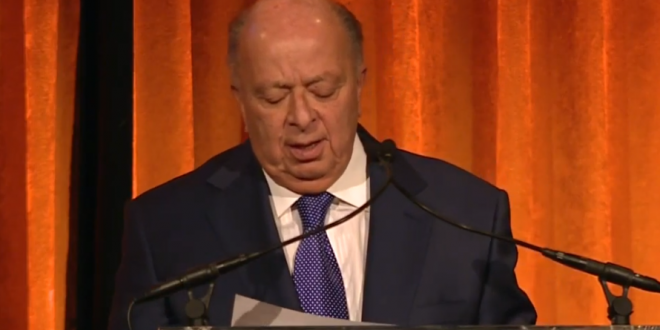 A friend and donor to President Donald Trump who the president had said was in a coma and seriously ill after becoming infected with the coronavirus has died. Stanley I. Chera’s death Saturday was reported by The Real Deal, which covers the New York real estate industry. The publication cited unidentified sources who have worked with Crown Acquisitions, the firm Chera founded and ran. Chera was in his late 70s.

Trump had spoken at recent White House briefings about a friend who had fallen ill with the virus, which has killed more than 20,600 Americans as of midday Sunday, according to Johns Hopkins University. “I had a friend who went to a hospital the other day. He’s a little older, and he’s heavy, but he’s tough person,” Trump said. “And he went to the hospital, and a day later, he’s in a coma, he’s not doing well.”

Chera had a reported net worth of $4 billion.

A friend and donor to Donald Trump — who the president had said was seriously ill after becoming infected with the coronavirus — has died https://t.co/IIrPOS5foM

Stanley Chera, titan of NYC retail, dies of coronavirus, making him the most high-profile industry casualty of the global pandemic. https://t.co/qHdLrfnd3s pic.twitter.com/9n8BMbkTlS