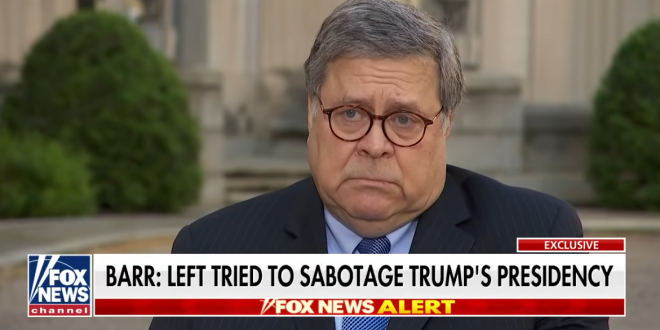 Attorney General William P. Barr said on Thursday that President Trump was right to fire the inspector general who disclosed the whistle-blower complaint about Mr. Trump’s dealings with Ukraine and that the president’s political enemies could face criminal prosecution. Mr. Barr said that dismissing Mr. Atkinson was the “right thing” to do, in part because he had overstepped his “fairly narrow statute” and tried to turn the whistle-blower complaint “into a commission to explore anything in the government.”

In the interview, Mr. Barr also said that some of the people who were involved in the decision to investigate the Trump campaign in 2016 could face federal criminal prosecution. John H. Durham, the veteran federal prosecutor assigned to look into the origins of the campaign investigation, “is looking to bring to justice people who were engaged in abuses if he can show there were criminal violations,” Mr. Barr said.

Previous Liberty Counsel Celebrates Pandemic: “Finally The False Gods Of Statism And Celebrities Have Been Laid Low”
Next Trump Continues To Boast About COVID Briefing Ratings