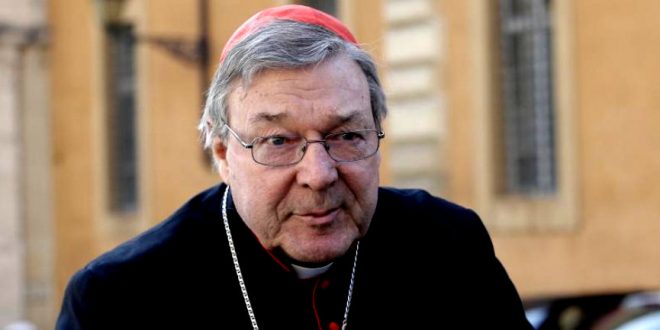 The High Court ordered Pell’s convictions be quashed and verdicts of acquittal be entered in their place, ending the most high profile case of alleged historical sex abuse to rock the Roman Catholic Church.

The seven judges of the High Court agreed unanimously that the jury in the cardinal’s trial “ought to have entertained a doubt” about his guilt. Pell, who has maintained his innocence throughout the lengthy court process, cannot be retried on the charges.

Pope Francis prayed at Mass Tuesday for all those who have been persecuted by an unjust sentence, offering the prayer hours after Australia’s High Court overturned a child sex abuse conviction against Cardinal George Pell, releasing him from prison.

The pope did not mention Pell by name at the April 7 Mass in the chapel of his Vatican residence, the Casa Santa Marta, noting at the beginning the persecution Jesus suffered at the hands of the doctors of the law, who acted against him with aggressive persistence despite his innocence.

“I would like to pray today for all the people who suffer an unjust sentence because of aggressive persistence [against them],” Pope Francis said.

#Disgraceful
George Pell’s lawyer Robert Richter stated the sexual abuse of a 13 yr old child was ‘plain vanilla sexual penetration” and consequently deserved leniency.
One wonders how our 7 learned judges squared that away during their deliberations on reasonable doubt.

George Pell walks free from prison today just in case you are wondering if 2020 could, in fact, get any more repulsive

George Pell called homosexuality a greater health hazard than smoking. He spent years helping cover for paedophiles inside the Church. He is still the subject of other credible allegations of child sex abuse. The High Court didn’t acquit him of any of that.

The High Court of Australia has today issued its decision on the case involving Cardinal George Pell. I do not intend to comment on that judgement.

But I do wish to address the impact on our community. pic.twitter.com/VJIGBLxoln

George Pell: A courier has just delivered a box of wine to the Monastery in Kew where the former Cardinal is staying @9NewsAUS @9NewsMelb @ACurrentAffair9 pic.twitter.com/3dRjd1GC0B