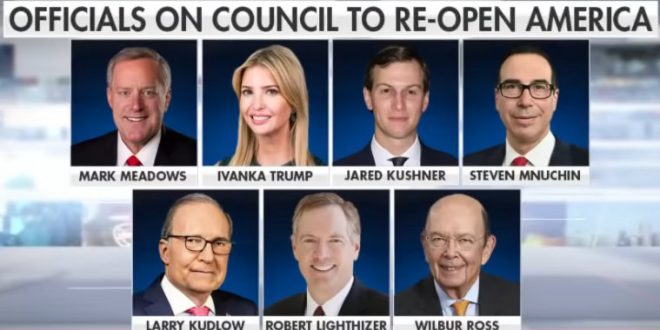 President Donald Trump on Friday said he would soon set up a new advisory council of doctors and businessmen to recommend when to open America, whose economy has come to a grinding halt due to the COVID-19 pandemic.

More than 95 percent of the country’s 330 million population are under stay-at-home order as part of the measures to protect people from catching infection.

The entire tourism and travel industry has come to a standstill, with more than 17 million people having been laid off. Trump said the new task force will deal with more than the economy. The president said the members of the new council would be bipartisan in nature and diverse in terms of geography.

Relax guys. We’re in good hands. This will be handled smoothly and wisely. pic.twitter.com/NlL3JMedlw